Why Are My Gums Bleeding and What Should I Do About It? 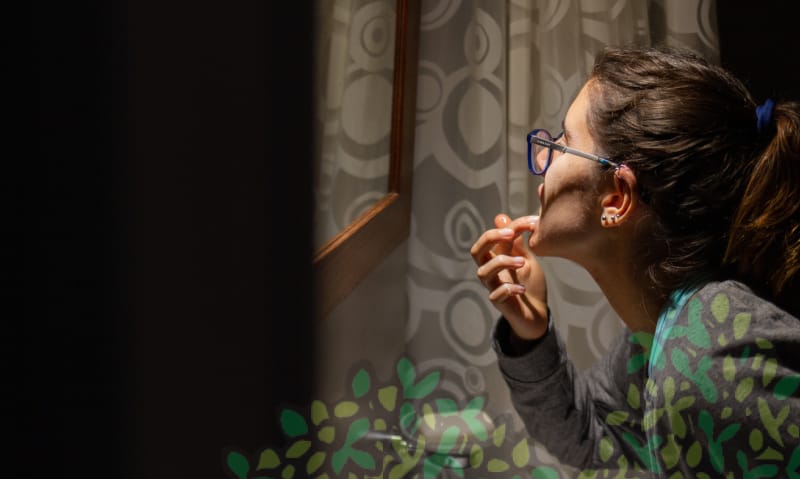 Finding your gums bleeding during brushing or flossing can be a distressing experience. Many people don’t understand why bleeding gums occur or what they can do about it. In most cases, there are some simple steps you can take to prevent your gums from bleeding in the future.

Some people who experience bleeding gums are simply brushing or flossing too aggressively. They might also be using a low-quality toothbrush with excessively hard bristles. Make sure to use a dentist-approved toothbrush and focus on the duration of brushing and coverage as opposed to brute force.

A more serious cause of bleeding gums is gum disease, also called periodontal disease. This condition can weaken your gums and render them more likely to bleed during routine brushing and flossing. Without treatment, this disease can eventually cause the destruction of the bone and may result in tooth loss.

Gingivitis is the earliest stage of gum disease and is the stage where you might notice your gums becoming sore, swollen, or even bleeding. These symptoms worsen as the condition progresses. While gingivitis is serious, making some changes to your oral hygiene habits can generally resolve the issue. Ensure you’re brushing and flossing regularly to remove the plaque at the gumline and help decrease inflammation.

A variety of specific conditions can increase your risk of experiencing bleeding gums. Pregnant women are more likely to have bleeding gums, as are any individuals with anemia, blood clotting disorders, and serious conditions like liver disease and leukemia.

Additionally, your diet has an impact on gum health. A deficit of nutrients like calcium, magnesium, and vitamins A and C can weaken your gums. Some medications can contribute to gum bleeding as well, particularly blood thinning medications.

How does gingivitis cause bleeding gums?

Gingivitis and further stages of gum disease are among the primary causes of bleeding gums. As the disease progresses, it can cause further issues such as receding gums and even tooth loss. It’s best to seek out treatment at this early stage when the worst symptoms are bad breath, soreness, and bleeding gums.

Gingivitis is caused by bacteria in your mouth. These naturally occurring bacteria are always present but can grow in greater numbers if you aren’t keeping up with oral hygiene or routine dental visits. As they multiply, the bacteria contribute to gum disease and tooth decay.

Excess bacteria cause inflammation in the gum tissue, which leaves patients with sore, red gums that can become swollen and will bleed during brushing and flossing. The bacteria also cause the distinct bad breath that comes with gingivitis.

Will my gum disease go away?

Without any intervention, the bacteria can infect the gum tissue and cause gum disease to progress further. This progression weakens gum tissue more, leading to receding gums and a pulling away at the gumline.

This separation only makes the condition worse, as the newly formed pockets between gums and teeth provide shelter for bacteria to grow and multiply.

The infection can spread to the bone that supports your teeth. Bone deterioration due to gum disease can eventually lead to tooth loss. Gum disease is associated with an increased risk of overall health conditions as well.

Bleeding gums are just the beginning of the damage gum disease can do. Seeking out effective treatment at this early stage is important so you can prevent further negative effects.

What can I do about bleeding gums?

If you have bleeding gums, one of the first things you should do is reach out to your dentist. Your gums shouldn’t be bleeding for no reason, and it is important that you see your dentist to determine the cause and proceed with the appropriate treatment.

If gingivitis is the cause and gum disease hasn’t progressed, then the only intervention necessary may be changing your oral hygiene habits. Brushing twice a day and flossing regularly will manage the levels of bacteria in your mouth, preventing gum disease progression and eventually restoring your gum health.

Keeping up with dental exams and cleanings is important as well. Bacteria eventually harden into plaque and tartar that you can’t remove with regular brushing. Routine dental cleanings scrape these materials away—a vital part of overall prevention.

If gum disease progression has started, you may need further treatment. Scaling and root planing can deal with plaque and tartar below the gumline and prevent bacteria from taking hold there in the future.

While treatment options exist for gum disease, your best option is to seek out dental advice and improve your oral hygiene habits the moment you notice bleeding gums or other signs.

Whether you’re experiencing bleeding gums or not, you can rely on a dentist in St. Joseph, MI, at Berrien Dental to provide the preventive care and treatments you need to maintain your oral health. Contact our office today to schedule your appointment.